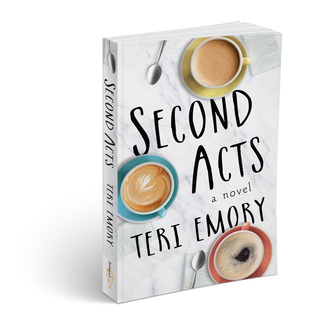 The women of Second Acts, in their own words

Sarah, on her ex-husband's midlife crisis: "Martin, about to be offered a partnership in his company, announced that he was quitting his job. He said he needed time to ‘think about life.’ I soon found out that the only ‘life’ he needed time to ‘think about’ was his own. He showed no interest in going back to work or in doing much else. Apparently, Thinking About Life (a career, by the way, that pays rather poorly) was all he could handle.”

Miriam, on remaining single:
“In recent years, I’ve had a succession of social companions and bed partners who I knew from the outset showed little promise for the long run. I dabbled with the long run just once, when I was convinced that I had met the right man to grow old with. When things ended with him, my life took a definitive turn: People stopped describing me as ‘Miriam, who is single’; I became ‘Miriam, who never got married.’ As if I were beyond the possibility.”

Beth, on how the mind works:
“Like many of my generation of therapists, I’m skeptical of Freudian concepts, especially about women. But the older I get, the more deeply one of his ideas resonates within me. After all that has happened, I do believe, as Freud did, that the world is full of accidents, but the mind is not.”